Jessica Ahern grew up in Connecticut and moved to Colorado in 2015. She works as a social worker in Jefferson County to help support families and children who are facing challenges and crises. Jessica is passionate about her work and dedicates much of her time to service to her community. Outside of work, her family, friends, and her boyfriend Patrick are the most important things to her. She also loves live music, camping, and her dog, Louie.

In 2018, at the age of 27, Jessica was diagnosed with multiple sclerosis. Six months prior to her MS diagnosis, Jessica began experiencing severe symptoms – she lost feeling her right arm and hand and sometimes her feet would go numb. “Then, I couldn’t feel anything in the entire right side of my body, starting at my forehead, all the way down,” explains Jessica, “I couldn’t even feel parts of my tongue and my mouth.” 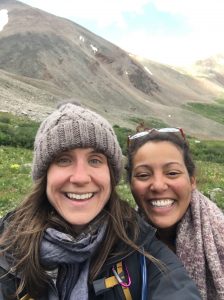 “I’d had neck and shoulder pain for a long time, so I thought it must be a pinched nerve.” She went to see an orthopedic specialist who told her she looked fine and recommended she make an appointment with a neurologist.

“Looking back, I’d been experiencing many other symptoms like fatigue and frequent urination long before my diagnosis. But I didn’t really think anything of it because it wasn’t consistent and it wasn’t getting worse. It was also really easy to blame what I was experiencing on stress, or being tired or maybe not eating the way I should.”

Shortly after her diagnosis, she had an exacerbation in which, among many other symptoms, she lost vision in her left eye, lost function in her hands, and couldn’t feel anything from the waist down. “My first doctor dismissed my symptoms and told me I was likely having a pseudo-exacerbation, so I began looking for a new neurologist and found the Rocky Mountain MS Center,” says Jessica.

“The doctors and clinicians really listened to me and assured me, but they were also pretty stern about the importance of treatment and explained all of my options,” says Jessica. “I’m a person who doesn’t like medication, but I was able to walk out of my appointment accepting the medication and knowing that it was going to be something that was vital so that I could live a full life.”

Jessica also connected with Rocky Mountain MS Center’s MS Young Professionals Network (MSYPN) soon after she was diagnosed. “I wanted to be connected. In that first year, I was just consumed by all things MS and trying to learn as much as I could. Looking back, it was overwhelming, but it was the only way I knew how to understand what was happening to me. I wanted something positive.”

“It was like a breath of fresh air to be able to talk to people and ask questions. Most of all, it was amazing to have someone else know exactly what I mean when I say, ‘I have brain fog’ or ‘I couldn’t feel my hands today’ or ‘I’m exhausted,’ or whatever I may be experiencing. I have a great support system and they do everything in their power to support me and understand, but there’s just a level that no one can understand unless they’re living with it themselves.” 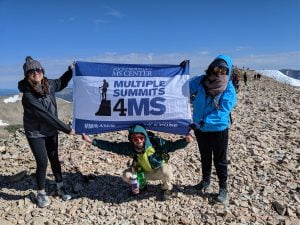 This year, Jessica signed up for the MSYPN team for RMMSC’s Multiple Summits for MS (MS4MS). “I decided to use my participation in MS4MS as a way to be public about my diagnosis on social media. All the closest people in my life know that I have MS,” Jessica explains. “To tell my story on social media was my first step to raise awareness about MS and become an advocate.”

“Since then, many people have reached out to me to tell me that they have a family member or friend that’s been diagnosed and asked if I could connect with them. That’s huge for me and it’s something I really want to do. We all know the internet can be a dangerous place when you’re Googling an illness. There were nights that Google searches brought me to really bad places. If I had been able to speak to someone living with MS, it would have been really helpful. So if I could do that for anyone else, that’s my goal.”

In August, Jessica successfully summited her first ever fourteener — Mt. Sherman. She had not felt as well as she had hoped over the summer, so was feeling a little nervous about embarking on the hike.

“I was really worried about my abilities to finish after the struggles I faced this summer. Two of my best friends, Bekah and Trotter, came along with me. Their support gave me the extra push I needed. We all finished and it was such an accomplished feeling,” says Jessica. “This hike was a beautiful metaphor for the challenges those facing MS and all chronic illness face. It brought me through the ups and downs I’ve experienced with this disease and gave me what I need to keep fighting. I have MS, MS doesn’t have me.” 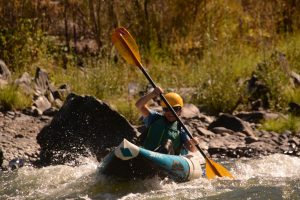 “When you are living with MS, you often feel invisible,” says Jessica. “On any given day, I’m feeling a million different things, none of those things are nice, and nobody can tell. I think it’s so important to talk about MS with others to help them understand all of the invisible symptoms that people experience.”

Jessica experienced the challenges of those invisible symptoms while doing one of her favorite things — seeing live music with friends. Attending a Phish show in the summer heat proved to be difficult — her fatigue was intense and exacerbated by the heat and she was having trouble walking to the venue. She decided to talk with concert staff to inquire about special accommodations.

“They gave me a really hard time because they require a handicap sticker, and I had only recently been diagnosed. I did have my medical records with me, so fortunately they were then able to provide transportation assistance at the show. They also provided me with a more accessible seating section and my own bathroom — without that I couldn’t have made it to the show.”

Afterward, I reflected on the fact that I had never truly thought in-depth about those kinds of challenges and options. It’s so important for people to understand there are options and to help raise awareness about the importance of accessibility to ensure people can keep doing things they love.

As a social worker, I understand how important it is to recognize your own privilege: you don’t realize certain things about the barriers in the world until you have to live them yourself. It was eye opening and very humbling. I pay attention to the world very differently and I want to make sure others do, too.”

I knew that I wanted to take my diagnosis and not just be a patient but also be an advocate. I’m learning so much about disability, invisible illness, and chronic illness. I felt like I needed a voice and there are so many others that do, too. It’s not easy, but I think it helps me to heal – knowing that I’m not only living with MS, I’m also doing something positive with it.” 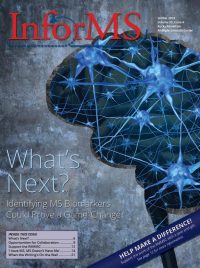