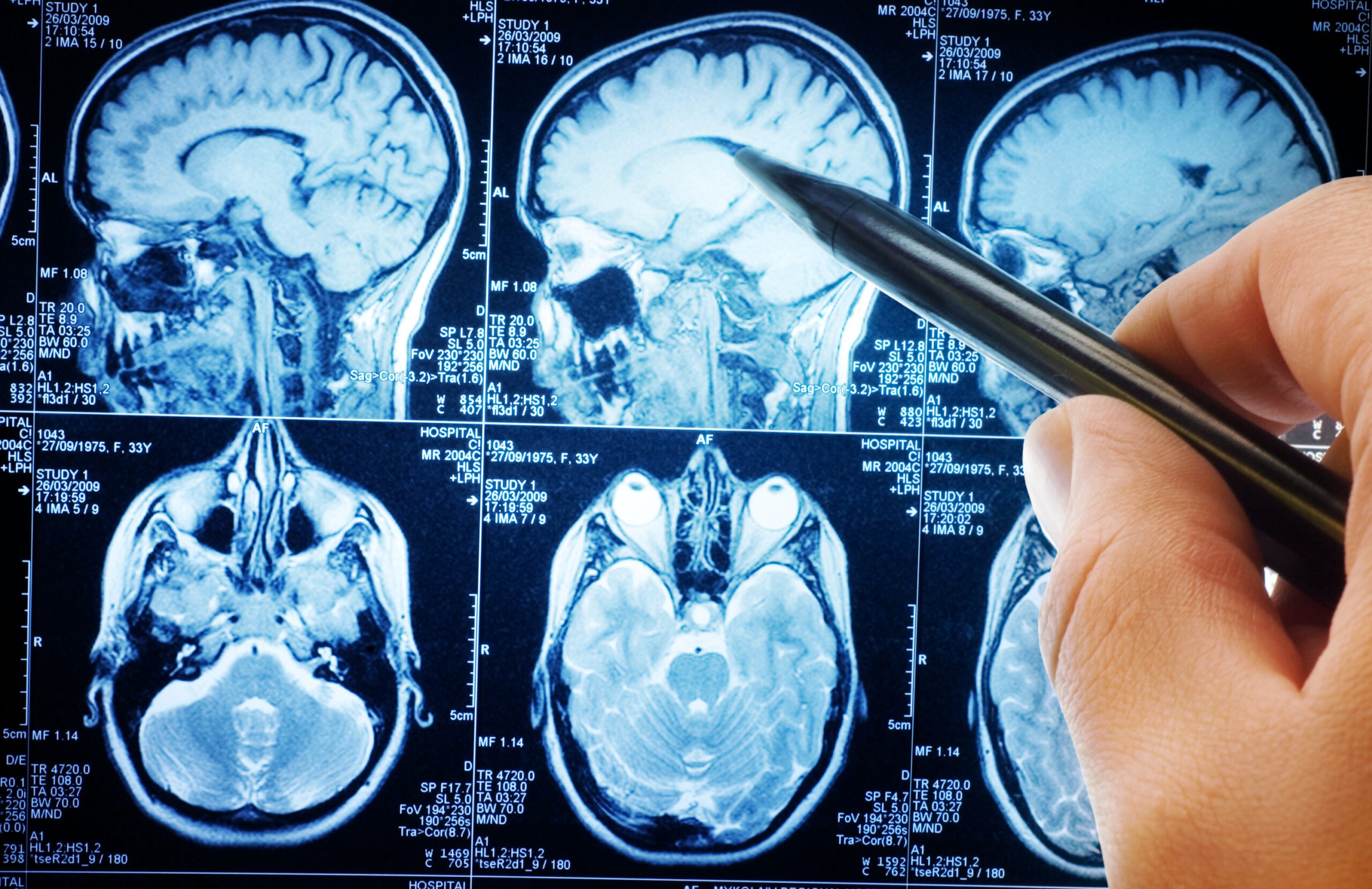 When looking back at 40 years of MS history, it’s hard to overstate the importance of one technological advancement in particular — the MRI.

MRI, or magnetic resonance imaging, was the first technology to give neurologists a reliable and deep look at what was happening in their patients’ brains. First used in the late 1970s, and quickly gaining widespread use through the 1980s, the MRI was a game-changer in both the diagnosis and treatment of MS.

Today we know that most of the disease activity that occurs in MS is sub-clinical… the patient doesn’t know what’s going on, and the physicians don’t know either, unless they do an MRI. — Dr. Timothy Vollmer

Most MS activity in the brain is clinically silent — that is, even though MS is active, there isn’t much in the way of outward signs and symptoms. Even a detailed, thorough clinical examination might not show a whole lot of evidence of MS activity. With an MRI scan, doctors can see disease activity that is otherwise not evident through routine exams.

In the past, doctors reacted to symptoms they could see when they examined their MS patients. When disease activity was evident in a clinical exam, a course of action could be determined to deal with it.

“Thirty years ago, we believed patients were having MS relapses maybe once a year,” said Dr. Timothy Vollmer, Medical Director of the Rocky Mountain MS Center. “We thought we could ‘see’ disease activity pretty well by simply looking at a patient in clinic, and could tell how much damage they had and where they were headed in terms of the disease course. We now know we were wrong.” 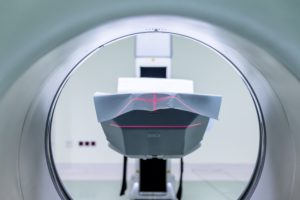 What makes MRIs so critical to MS is that doctors no longer have to wait for disease activity to be outwardly evident — there’s no more waiting for symptoms to show up before making effective treatment decisions.

“When the MRI came on board, we found that people were actually having 10 to 20 inflammatory events in the brain per year with only one clinical relapse,” said Vollmer. “Today we know that most of the disease activity that occurs in MS is sub-clinical… the patient doesn’t know what’s going on, and the physicians don’t know either, unless they do an MRI.”

MRI uses a combination of strong magnetic fields to interact with our bodies, and radio signals to detect these interactions. The radio signals are processed by computers to construct images of soft tissue inside the body – everything from the brain, organs, muscles and blood vessels.

The machine “listens” to those radio signals and puts together a series of pictures of what’s going on inside. Differing levels of water and fat in the body produce lighter or darker images on the computer screen. Hundreds of such pictures, measuring thousands of points inside a patient’s head, are reconstructed to give doctors an incredibly detailed view.

MRI represented a major improvement over CT (computed tomography) scanning, which became widely available a few years before MRI scans. CT scans rely on X-ray measurements, and while they’re generally thought of to be safe, prolonged and repeated usage — like what’s necessary for monitoring MS over many years — could expose patients to significant amounts of radiation.

Because there’s no radiation involved in an MRI scan, the process is virtually harmless, though lying in a scanner for a couple of hours was certainly no treat for patients. Nonetheless, the MRI made it much safer and somewhat more practical for neurologists to monitor MS patients more frequently and thoroughly, allowing them to more accurately track MS disease progression.

As with most technologies, MRI scanning has improved greatly over the years. Neurologists have seen a steady increase in resolution and sophistication of MRI scan results, and therefore have been able to diagnose MS more accurately and monitor MS progression more confidently over time.

“We’ve used routine MRI for years, to monitor treatment response and disease progression, but recently we’ve begun to change what we focus on” said Vollmer.

MRIs helped advance one of the most important developments in our understanding of MS — that brain volume, rather than damage to myelin, is the primary predictor of future disability.

“Volumetric MRI provides a much more sensitive measure of treatment response,” says Vollmer, “and it doesn’t require that we give patients the intravenous dye.”

With volumetric MRI, doctors can measure the volume and structure of specific regions of the brain. The technique is particularly useful for identifying areas of brain atrophy, information that’s vitally important to understanding the progress of an individual patient’s MS. Furthermore, volumetric MRIs are quicker than some older techniques — in most cases a patient can be in and out of the MRI unit in 30 minutes, instead of an hour or two for more traditional scans.

Advancements in MRI have also given neurologists more effective ways to diagnose MS earlier in many patients, sometimes even before they have any symptoms.

In years past, an MRI could show MS lesions on the brain, but it was difficult to differentiate new or recent lesions from those that had been present for some time. “Now, when you do an MRI, if you see old lesions that aren’t enhancing and new lesions that are enhancing, that gives you separation in time and space,” says Vollmer. “That means you don’t have to wait for a second clinical event — because you have evidence of two separate MS attacks — and you can diagnose someone much sooner.”

One of the key components in the treatment strategies used by the RMMSC today is identifying MS early and starting the most effective treatments for each patient as soon as possible.

The latest MRI technology and techniques allow neurologists to do just that — diagnose MS earlier than previously possible, and effectively monitor each patient’s response to treatment. 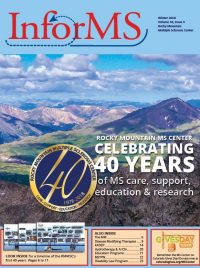 In 1997, the RMMSC established the Social Security Disability Law Program under the leadership of Thomas Stewart. Stewart is an attorney and physician assistant, and as Director of RMMSC’s Legal...

Founded in 2004, the RMMSC’s MS Young Professionals Network (MSYPN) is a key component of our support programming for people living with MS and provides an opportunity for young professionals...

An informed patient is an empowered patient. That belief is a key component of the Rocky Mountain MS Center’s mission, and informs the scope and core elements of our educational...

In January of 1992, the King Adult Day Enrichment Program (KADEP) opened its doors to just six clients.Today, the KADEP team works with an average of 65 clients each day...

By Pete Broderick | Since the mid-1990s, disease modifying therapies (DMTs) have been our first line interventions in the fight against MS. But what exactly do we mean by “DMT,”...

When looking back at 40 years of MS history, it’s hard to overstate the importance of one technological advancement in particular — the MRI. MRI, or magnetic resonance imaging, was...